A brief explanation of how magnetron sputtering works.

This method is based on the use of an abnormal glow discharge in an inert gas atmosphere superimposed by a ring-shaped region crossed with inhomogeneous electric and magnetic fields that localizes and stabilizes the gas-discharged plasma near the cathode. The positive ions that are formed in the discharge are accelerated towards the cathode and bombard the surface with sufficient force to dislodge and eject atoms from the target. The sputtered material from the target surface is deposited as a film on the substrate (fabric). The high kinetic energy of the particles leads to the deposition of coatings with high adhesion. 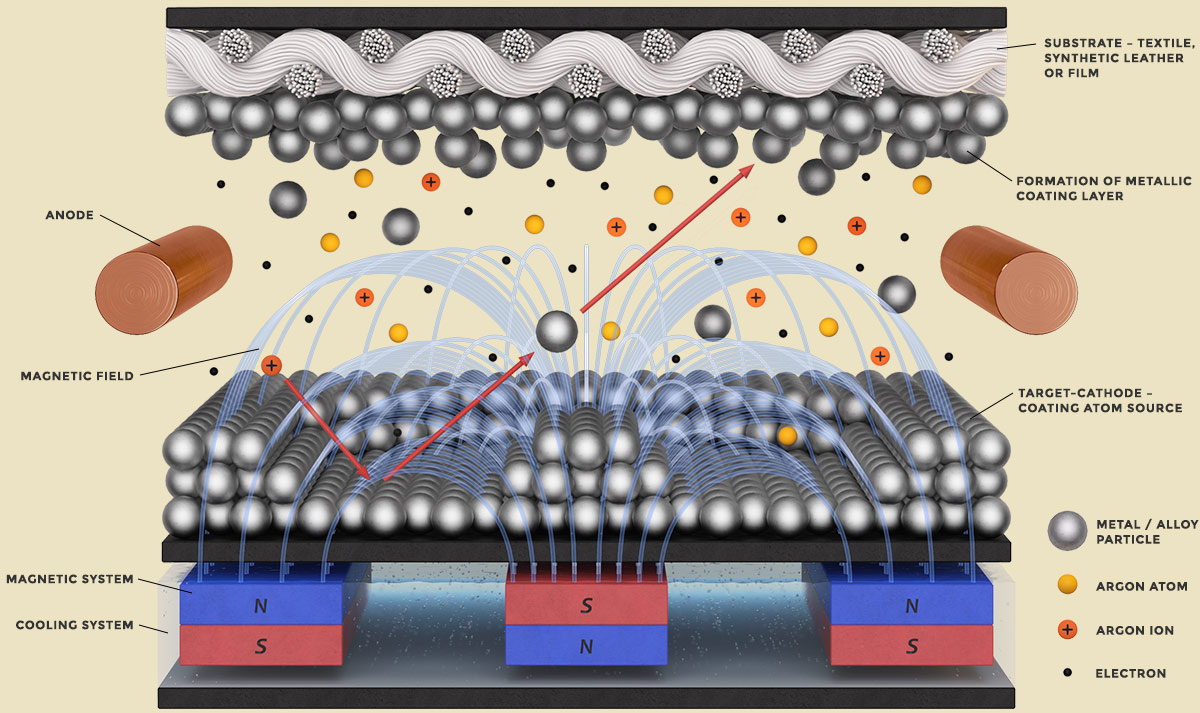 Magnetron sputtering is carried out in a sufficiently high vacuum (about 5x10-5 mmHg) and deposits a thin film of copper, aluminium, titanium, brass, silver, stainless steel, bronze or other metals and alloys on textiles. By using this method, it is possible to deposit metallic nitride and dioxide coatings on textiles. For example, it is possible to deposit titanium nitride on the surface of fabrics to obtain a "golden" appearance and titanium dioxide to get an iridescent sky-blue colour.

What materials and coating variations are available?